Dungeon in a Cave

I was just poking around in the D&D folder on my computer and found a map I had completely forgotten about.  I created this five years ago for no particular reason besides messing around with mapping in Photoshop. It doesn't look like I finished putting doors everywhere I wanted doors, and I definitely never keyed this or had any real back story in mind when I was creating it.  The entrance is a stair coming down from a above and there is only one exit on the map, a stair heading down farther below.

I remember that I drew the cave layer first and then drew a dungeon inside the caves. This definitely led to some interesting and organic dungeon design.  The dungeon walls are relatively thin, just over 1' thick according to the scale.  I was picturing stone and mortar construction for the dungeon.  The way it is laid out, if you never detect a secret door you would never see the natural cave system and would assume the entire dungeon was a constructed space (instead of a construction in a natural space).   There are numerous secret doors (red rectangles according to my key, I honestly have no idea why I wasn't using the tried and true "S" for secret doors) which give access to the caves outside the dungeon.   Most of the larger caves have high vaulted ceilings, with 10-20' or more of space above the roof of the dungeon to the ceiling of the cave.  Many sections of caverns that appear to be completely blocked off by the dungeon construction could be accessed from outside the dungeon rooms by climbing up onto the roof of the dungeon and dropping down into the "blocked off" section of caves (e.g. the caves at the very top left of the map) Click this link to see the full size image 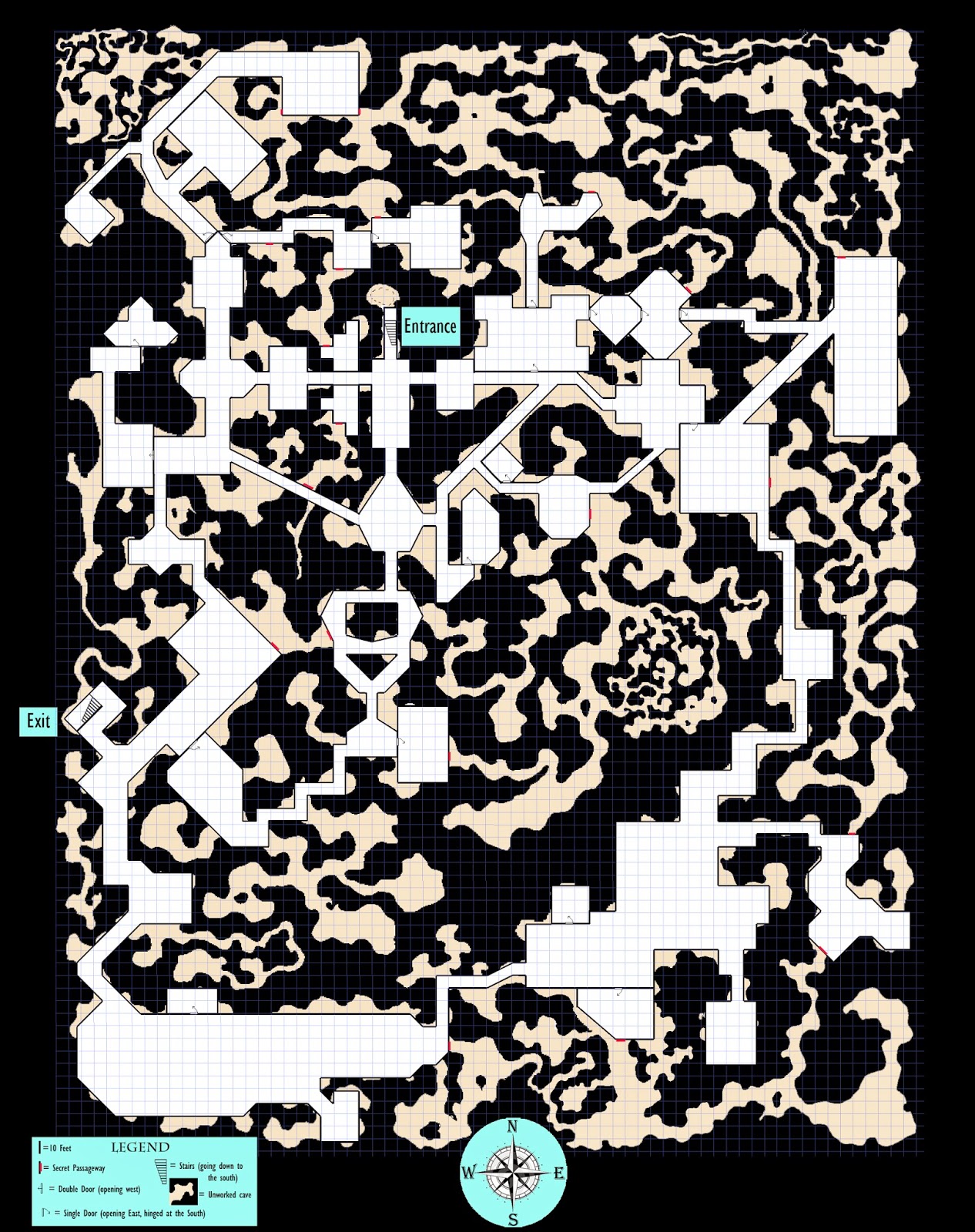