I am getting close to releasing a product that started kicking and clawing its way to freedom way back in 2009.  I drew a map for the now defunct megadungeon.net project and Lee Reynoldson made an awesome key for the map.  We have kicked around the idea of publishing it in a few different forms over the years but in 2016 the stars aligned and I finally got off my butt and started tackling the editing, art and layout.  Several intensive weeks of work later, we are so close I can taste it! 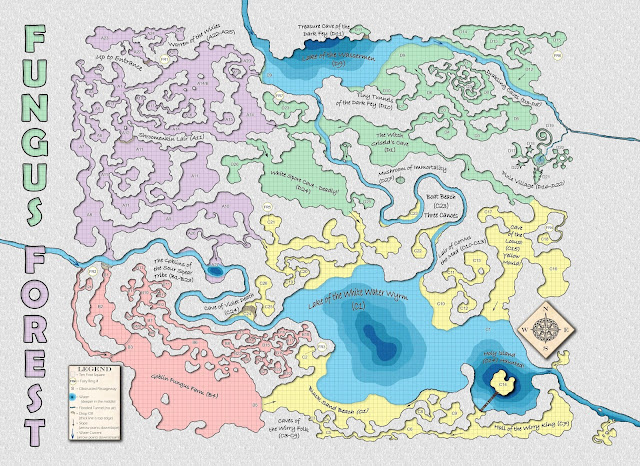 This is a big project; there are over 100 keyed locations on the map, with 101 unique key entries (some entries covering multiple caves).  Lee wrote a really terrific text for low-level play; each of the Fey factions that live in the magical Fungus Forest will try to pit the party against their rival Fey factions.  Every creature in the Fungus Forest is a unique creation of Lee's (which is a big selling point in my opinion); the Bestiary in the appendices contains nearly 40 new creatures.  And of course, there are tons and tons of magical mushrooms.  You can never have too many magic mushrooms.  It took a LOT of editing work to get the sprawling original 60 page Google Document print-ready, from making sure all stat blocks and abbreviations were standardized to compiling the appendices and of course going over the text with a fine-toothed grammar comb.

I also wanted to make individual quadrant maps in addition to the main overview map, and of course I wanted more art than the couple few monster pictures I drew... so I talked my wife into doodling some awesome mushroom sketches in pen and ink, which I am coloring in PhotoShop.

On top of that, it turns out that doing interior layout is WAY more time consuming than I ever imagined.  I have learned a ton about Adobe InDesign throughout this process and I am very pleased with the way things are shaping up.  A few sample spreads (not necessarily final layout but probably pretty close on these particular pages): 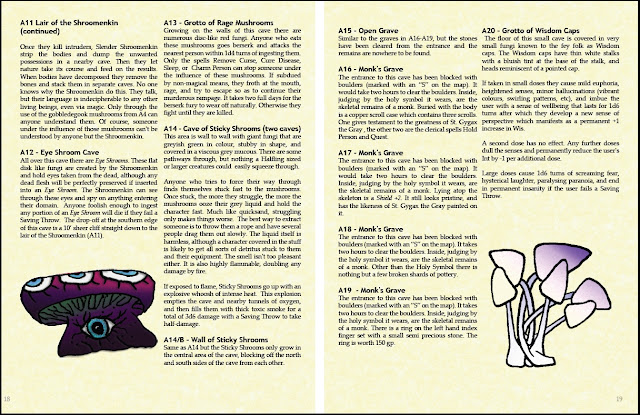 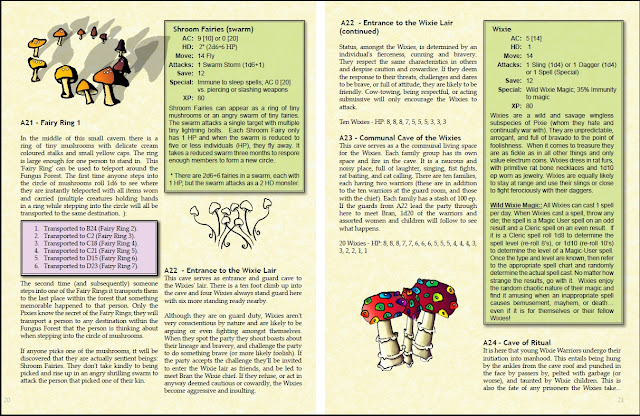 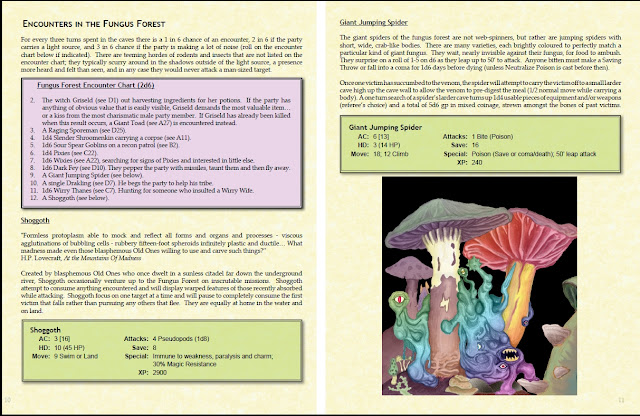