sweet score at the comic shop 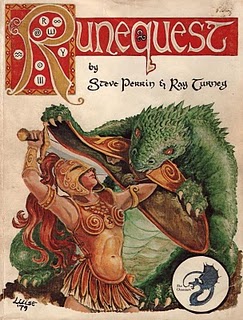 At this point I feel like I know Eric a little bit - you see, I snagged some of his old AD&D 1e stuff (a DM's screen and some Dragon magazines) last week, but I also grabbed his old DM's binder out of the free box outside of the comic shop.  I always check out the free box before I go into the shop (why not?) and I first picked up a cover-less copy of Dragon, which I immediately put in my backpack.  Then I picked up the heavy, blue 3-ringed binder.  Flipping it open I instantly knew it was a DM's binder.  The inside was stamped "ERIC WEIDANZ" and then was a 9 digit number which looks like a SOCIAL SECURITY NUMBER!  Did people go around stamping their library with their social security number back then?  What a different time, before the menacing scourge of identity theft.

A clear plastic sleeve held the first contents - a bunch of envelopes, the top one enticingly labeled "Demon" (these held little cut outs of monsters xeroxed from the Monster Manual, with the average height of the monster in feet written on the back of the cutout, each envelope containing a different category of monster).

A d100 Fumble Table was the next sheet (a lot of armor straps breaking, ankles getting twisted, hitting friends, and otherwise sucking - sounds terrible, must implement immediately!).

Basic Equipment and Supplies Costs (a very comprehensive hand written list that expands upon the 1e Player's Handbook and DM's guide by the looks of it) came next.

And then the icing on the cake - type-written sheets labelled "GAME MASTER ONLY" detailing Eric Weidanz' houserules for magic users.

Each magic-user gets five spells after leaving his apprenticeship.  One will be a READ MAGIC spell, one will be a [sic] offensive spell, two will be deffensive [sic] spells, and one miscellaneous spell."

He then proceeds to split the 1st level spells up into three categories, "Offensive", "Defensive" and "Miscellaneous".

The binder is awesome - it contains a bunch of cherry-picked sections from the DM's guide xeroxed in plastic sleeves, it has a bunch of Eric's locations (inns, castles, dungeons), random tables, etc.  There is a really sweet Conjured Animals Table that gives a d100 table for each HD category of animal (1 HD, 2 HD, etc.).  The table tops out with Mastodon (12 HD), Titanother (12 HD), Mammoth (13 HD), Whale (small) (14 HD) and Whale (up to 36 HD).

Eric clearly ran a bunch of 1e games - a lot of his pages had the scribbled HP deductions and notes that occur during game sessions.

The copy of Runequest I spotted today on the bottom shelf of the comic book shop was in absolutely pristine condition (well, one little oil spot on the back cover), with absolutely no marks inside.

Eric, in addition to his ink stamp with his social security number (?), got a cool embossed stamper at some point that said "Library of Eric Weidanz" and gave his address in a small town in Oregon.  He had two copies of the 1e Player's Handbook, one owned by just himself (as evidenced by both the ink stamp AND the embossed stamp, a 2nd printing) and another owned first by someone else (a friend?) and then Eric (crossed out old name and number and Eric's new stamp).

I grabbed the copy of Runequest off the shelf and took it to the counter.  While paying for it I asked if it was brought in by the same guy that brought in all the AD&D stuff the other day.  It was.
Posted by Unknown at 2:05 AM