Throw a lot of hooks out there.  Whichever ones get sniffed by the PCs, throw a few more hooks out related to those ones.  Write 'em down.  Rinse and repeat. 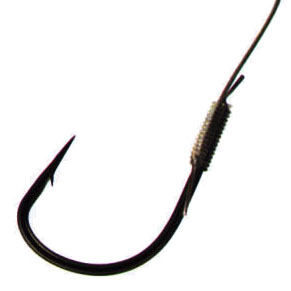 The key is to really make sure it is a LOT of hooks that you throw out initially, and then like a hydra you throw out five new ones whenever one old one is chased down.  The rest is all details.  When the PCs decide to attack something related to one of the hooks, then combat happens.  When the PCs decide to investigate a hook, you get to improvise some more hooks based on that one.  Write them down.  Don't worry about trying to make them awesome, or trying to make them make sense.  The PCs will figure out inter-connections that you could never have dreamed of.  And you know what?  The improvised hooks you throw out there all come from your imagination... they have a shared heritage... chances are they are inter-connected in ways that you are not fully aware of consciously.  They are informed by your own unique DMing lifeblood and should be trusted.

Outside of sessions, D&D is a fun strategic wargame of the mind as you spin out possible scenarios for what is happening outside of the PC's control in the world.  You should have a lot of hooks dangling out there, and many of them will be swinging out of sight and mind of the party.  But as long you let the PCs keep chasing after hooks of their own volition, you have to respect where that chase may take them, and trust in your ability to improvise some fun details.

My 4e game started in a new-world setting, with the Forgotten Realms being the colonizing power to the west.  The east shore of the new world was a narrow rainless desert overshadowed by an impenetrably steep and high mountain range that ran north-south down the entire continent and had thwarted all past attempts at crossing.  A fertile river valley had recently been discovered on the desert coast and the first expeditions found gold in the streams in great quantities.  The PCs arrived on a ship mostly full of slaves destined for the mines and found a port settlement decimated with a plague the settlers called the "white death".  I threw out a bunch of hooks and the PCs have been merrily wreaking havoc ever since.

Rinse and Repeat for three years, and the party has spent as much time in alternate dimensions, on alien planets, creating alternate timelines, and utilizing altered states of awareness as they have spent in the jungle, and they have loved every minute of it. I have had my work cut out for me keeping up with the directions they chase my leads off in, and I continually surprise myself with how well it all works out and connects with itself when I look back at the whole that has been constructed between the players and myself during this game.
Posted by Unknown at 12:44 AM