I picked up my pre-ordered DM's Guide at my local game shop the day before Thanksgiving. First a mini review of 5e, then some random bullet points from the DM's Guide that stood out to me.

Color me thoroughly impressed with D&D 5e now that I have the three core rulebooks in my possession. Compressing the modifier range, AC and to hit bonus across levels almost makes it more old school than old school, but there are plenty of cool options available to appeal to new school players.  Compared straight across, 1st -3rd level 5e characters will be much more powerful than their B/X or AD&D equivalents, but that quickly evens out and probably even flips towards the older systems being more powerful at higher levels.  Consequently, converting B/X or AD&D material to 5e looks to be extremely easy.

I still had some unanswered questions and gripes about the game after reading the PHB and MM, but the DM's Guide really took care of most of these for me.  If I had to choose my top D&D edition just based on the core rulebooks, I would have to take 5e at this point (although 1e still gets the nod for best DM's Guide even with it's Gygaxian organization).  Player options are presented without being overly complicated or resulting in too much power inflation.  Monsters strike a nice balance between simple to run and having some memorable and unique abilities (I particularly like the lair based powers of the legendary creatures). The core system is very solid, as is the treatment of the planes and the cosmology presented in general. There are an awful lot of rule variants and DM's tools provided that allow you to customize the game in many different ways.  If you don't want to play with skills, the DM's guide gives you a purely attribute based resolution system for a more old school feel. The default, relatively "heroic" (read practically superheroic) out-of-combat healing presented in the PHB is now just one of many options available to the DM.  Tools for running a Call of Cthulhu style campaign (Sanity attribute) fit in nicely with the focus on factions, organizations and secret societies.  High marks for consistently emphasizing that the game can be customized, and providing many extremely useful examples of how you can do so.

Of course this is not a perfect game.  I have many small quibbles. Some areas of the DM's guide seem like unpolished, hasty add-ons that could easily have taken up the same amount of space and accomplished so much more  (e.g the hodge podge of maps that is Appendix C) and almost every single random chart should have been expanded upon significantly.  Maybe I am spoiled from years of browsing the amazing (and free) online content produced by D&D players and DMs, but I expect a lot more than 10 results for a "Short-Term Madness" table (especially when two of those results are stunned and unconscious - p.259) or 9 entries on a "Lingering Injuries" table (p.272).  Rolling on a table to see what kind of injury your PC gets should be one of those awesome d100 moments where the world stops and hangs on the rolling dice, all manner of calamities looming, not "Oh I lost another (insert 'eye' or 'arm/hand' or 'foot/leg')" or "I got another scar".

The art is also all over the place between and within the core rulebooks, and ultimately that is good and bad for me because I don't trust the art direction at WotC enough to want them to go all one direction or another.  This way I at least get some stuff that I enjoy.

Physically the books themselves are relatively impressive but I have some complaints here.  My MM is the best quality with no obvious printing errors, but there are noticeable problems with my PHB and DM's Guide.  My PHB had numerous instances of smeared ink from illustrations blurring text on facing pages and in several places there is fuzzy text in side bars (which almost seems like a layout error not a printing error, it seems like digital fuzziness).  The only printing flaw I noticed in my DM's Guide was that the black ink from the illustration on page 124 bled all over the text on page 125, smearing and blurring the entire first column.  I can still read everything on that page but it is a very noticeable smear.  I like the look and feel of the books, especially their heft in my hands when holding all three together, but I do not like the red and white Dungeons & Dragons logo on the spine and front cover and the white lettering for the book name.  I'm not sure why, but I just really don't like the new red and white banner logo.  I think it is mostly the red color, and now that I am focusing on it and asking myself why I don't like it, I think the stylized tearing at the end of the banner also grates on me.

Now for some bullet points from the DM's Guide: 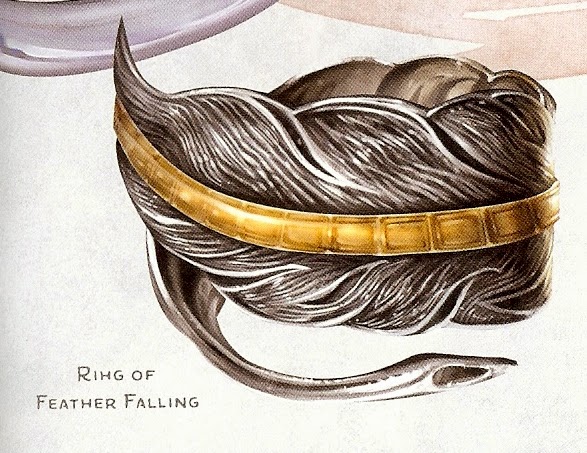 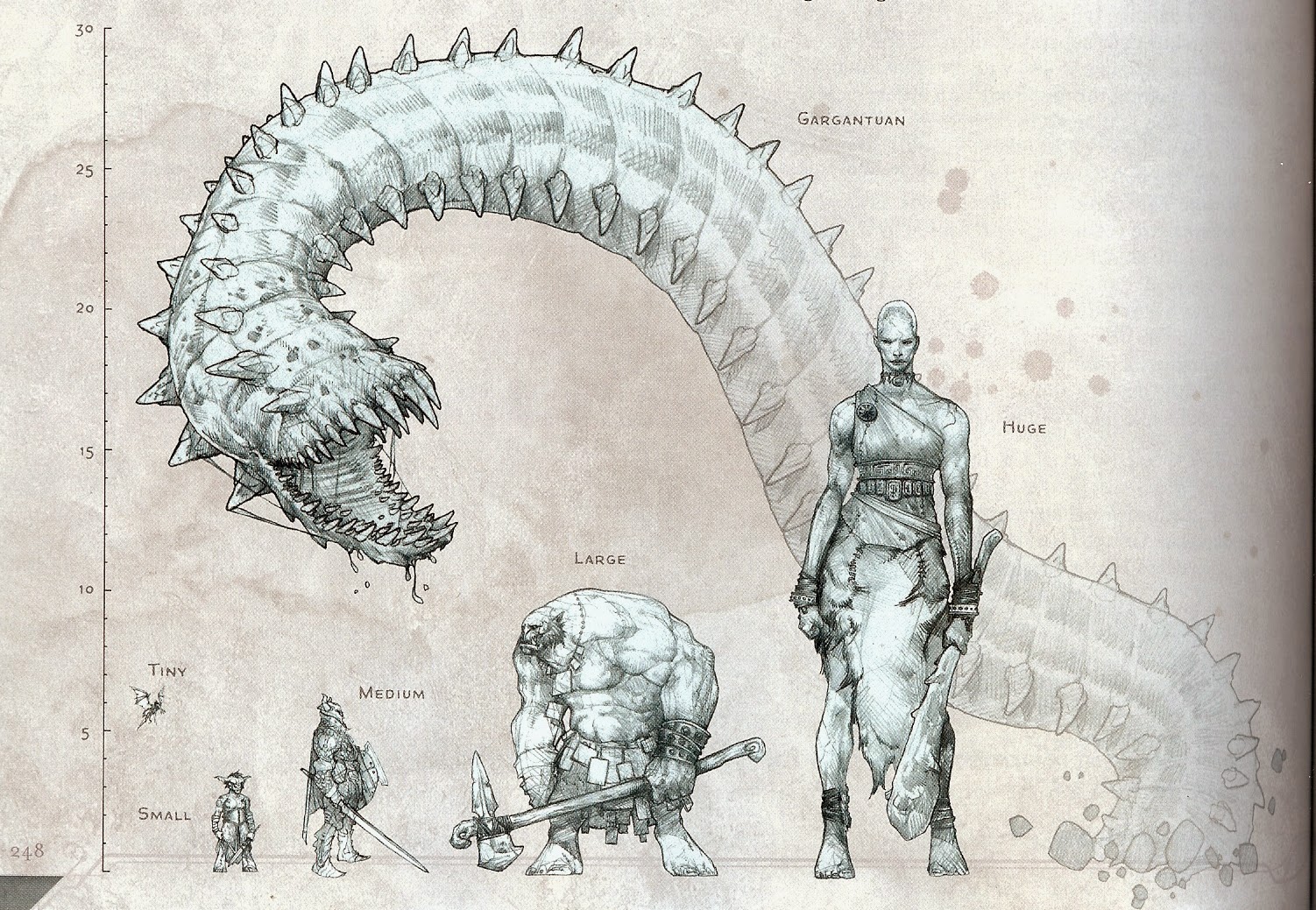