Back on December 29th of last year we played a session where the PCs had traveled back in time 4 million years before the current timeline to confront a time traveling sorcerer in a hummingbird mask and bright feathered cloak from creating a set of dark artifacts.  During this encounter Tilia ended up entering a shared dreamspace with the sorcerer.  The hummingbird man acted like he had already met Tilia, and when pressed shared the story of how he first met Tilia (none of which had happened as far as Tilia's player knew).  He said that he had been trapped inside a dream after eating a black lotus flower as a young man, during which time he had many visions which ultimately led him to travel to the past to create these artifacts.  During his dream vision at one point he encountered a great dream demon boar which was consuming the dreams of the people of the jungle with a greed and a hunger that could not be filled.  He was attacked by the dream demon boar, but a great white horned beast (Tilia) intruded and said many confusing things that he did not understand but which later he took to mean that he must travel back in time to make a set of artifacts that could be used to manipulate waking reality while in dreamland.  He said that Tilia had shown him one of the artifacts and told him of the others.  This was all very confusing for for Tilia's player who had no idea what I was talking about.  In the end though they wound up trusting the sorceror and allowed him to create the artifacts.

Well fast forward almost a full year of real life and Tilia finds herself back in the present timeline and in a shared dream within a massive collective consciousness known as MotherMind.  A dream demon boar has invaded the dreams of MotherMind and is causing greed and hunger where Tilia had tried to create a peaceful dream of the happy hunting grounds to calm down MotherMind.  Tilia suspects that the young man version of the hummingbird sorceror is also inside this shared dream.  At the end of last session Tilia was about to track down the young sorcerer and interrupt his encounter with the dream demon boar.  It will be up to Tilia if she wants to tell the young man to create the artifacts or not, but the present version of Tilia does possess one of the artifacts so if she doesn't I guess there will be changes to the present timeline :)

Of course, this isn't the first time the PCs have messed around with timelines.  The first was a journey back in time to prevent the birth of Slotek, the twisted son of Akili (Old Man Gootie's wife) and the great river spirit of the Zamonas River.  They did this hoping that if they prevented Old Man Gootie from corrupting Akili and creating Slotek that the great spirit of the river would instead be reborn in the form of a river dragon as the river dolphins had told them was supposed to be the natural order of things.  Of course, I used this event as a great excuse to make all kinds of crazy changes to the present timeline of the 4e game, although the players didn't find out about them for a while.  Ultimately this led to the river spirit being fractured into multiple deities each with an avatar in the river basin.

The second time they messed around with time was a trip to the future, which is much less problematic in terms of not disrupting the present.  They traveled into the far future of the 4e world in pursuit of a time travelling vampire (emerging into an alien spacecraft on the surface of a dead world in the process of being consumed by an expanding dying sun).  After they killed the vampire and took his stuff, they became very intrigued by a magical artifact he was carrying.  Using a ritual to look into the artifact's past, they observed its creation by a strange sorcerer in a hummingbird mask and colorful feathered cape... ultimately proving to be irresistible to the party, so they time traveled to the past to begin this post :) 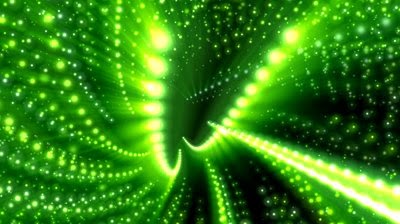